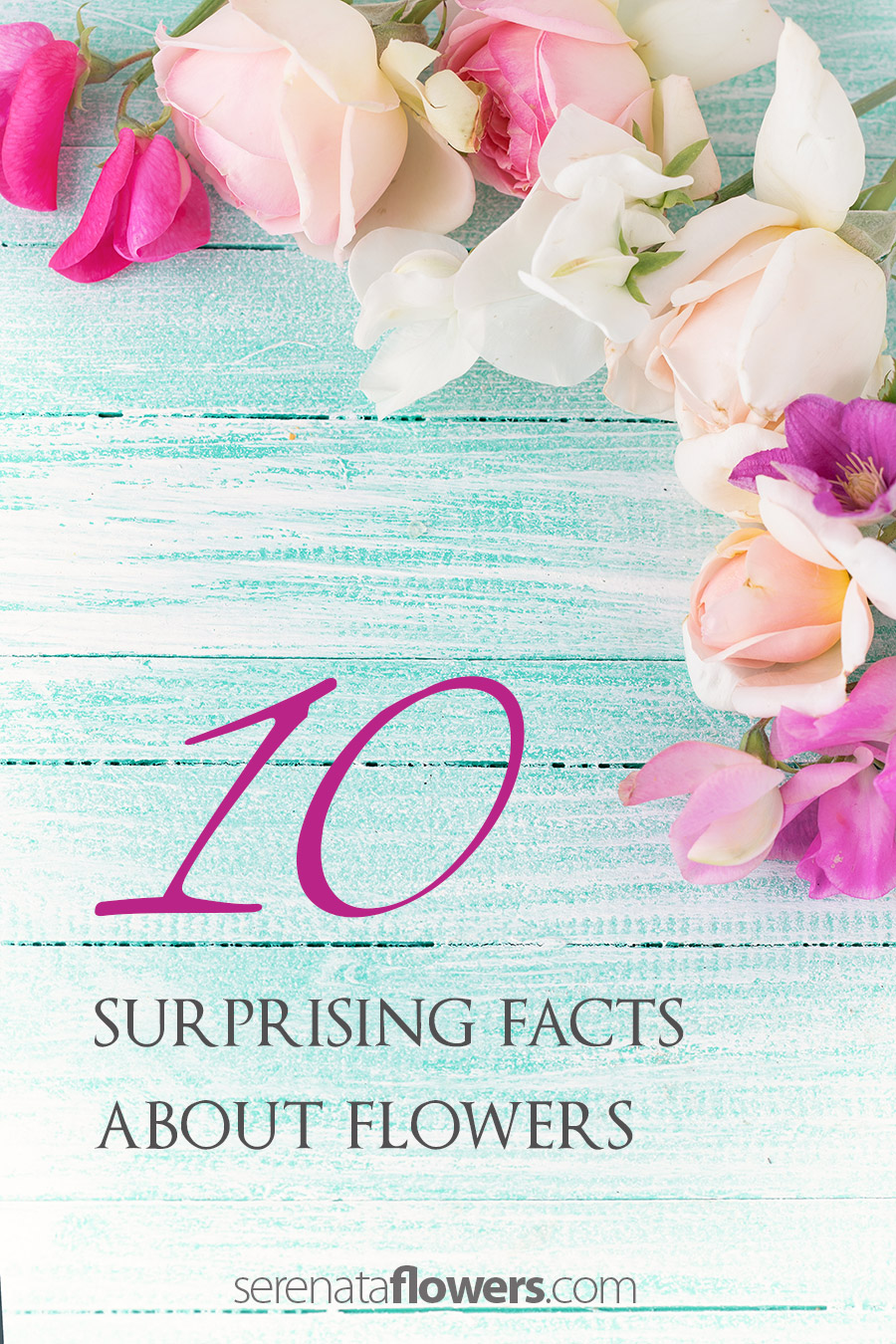 Whether they’re growing at the side of the road, in a vase on the table or taking over the garden, flowers are pretty much everywhere you look.

Whilst you may think you know everything there is to know about these picturesque plants, there are still some surprising flower facts you may well have overlooked.

Several varieties of tulip have edible petals and make fantastic salad ingredients. Crisp, colourful and peppery; they’ll brighten up your light lunch and add an exotic twist to your evening meals.

2. Tulip bulbs can be substituted for onions in most recipes

However, it’s important to ensure that you only use fresh bulbs that haven’t been exposed to pesticides, otherwise your culinary adventures may not taste too good.

3. The largest flower in the world is also the…smelliest

Growing up to ten feet high and three feet wide, the Titan Arums produces the largest flower in the world. However, it’s never really become a household hit due to the fact that the flower smells like rotting flesh.

During the dark ages, the Scots found that patches of wild thistles were very effective at slowing Viking invaders down enough for locals to escape the rampaging hoards; who would have thought flowers could be so useful?

However, as many are yet to be discovered, the true number may be even higher.

You’ve probably seen saffron on the supermarket shelves, but did you know this valuable product is actually harvested from crocuses?

7. Around 60% of fresh cut flowers in America come from California

8. Dandelions are packed with nutrients

You may not think of bamboos as flowering plants, but they do produce flowers every few years. When they do, all flowers of the same species bloom at exactly the same time.

10 Plants to Plant in Autumn & Winter