There is a flower for every occasion. In fact, there is a floral arrangement to suit every date in your diary, from birthdays and anniversaries to Christmas and notable calendar events.

Asides from corresponding to a variety of diverse events, flowers also symbolize different feelings and emotions, with each month of the year celebrating its very own flower species. 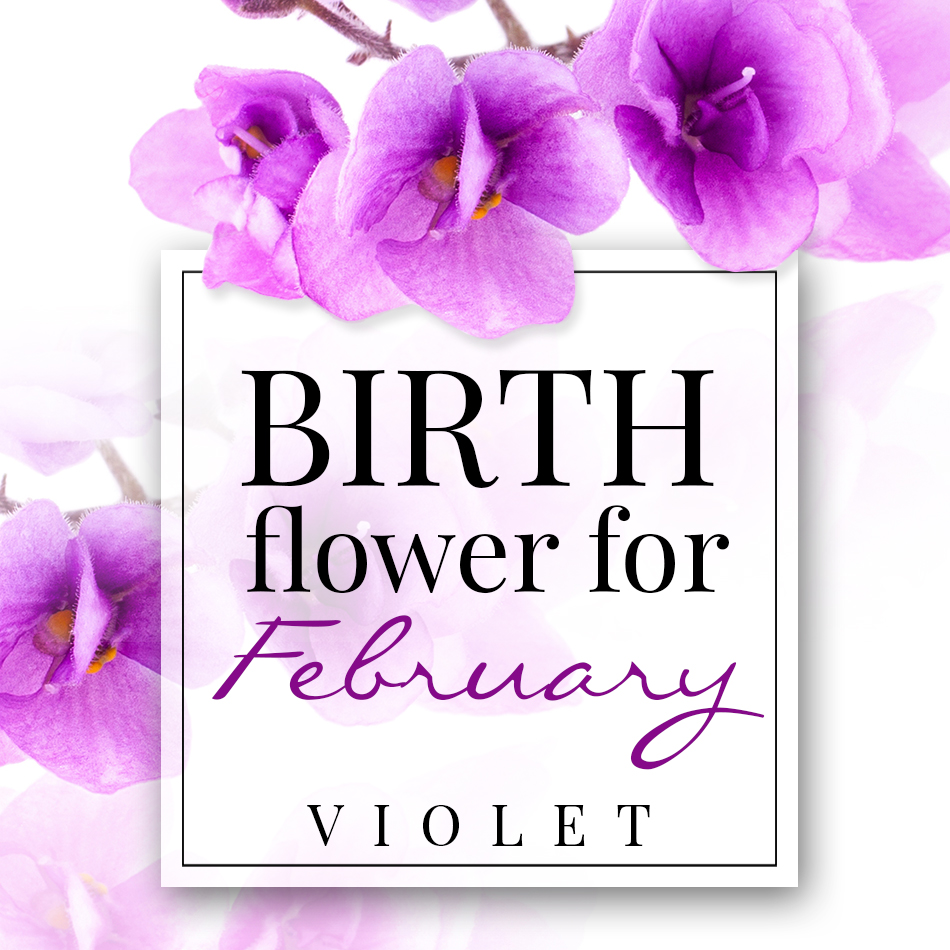 February’s flower is violet and these particular species symbolize both truth and loyalty.

A violet is not only a pretty flower boasting a vibrant hue and delicate petals, but it’s also a very symbolic flower and one that embodies faithfulness, humility, chastity, and loyalty.

Violets are traditionally available in purple and white, and both colors have different meanings.

The purple variant is said to mean ‘I’ll always be true’ whilst the white alternative suggests the idea of ‘taking a chance’.

The violet denotes the truth of love.

The tomb of Nero, a Roman tyrant, was bedecked with an array of violets each and every spring – a spectacle that would take place as an act from one of his many admirers.

This celebrated flower was also used to express constancy and devotion in Shakespeare’s play Hamlet. On top of this, references to the violet flower can be found in lyrics to a song sung in Act IV, Scene 5 of the same play.

The song goes: ‘I would give some violets, but they withered all when my father died’.

The Violet is a low, herbaceous plant boasting a variety of blues, mauves, yellows, and creams.

It’s also part of the pansy family and to date, several species of violet have been discovered. Additionally, the violet has materialized in a number of historic myth paintings and literary publications.

One particularly interesting fact surrounding this floral species appears in Folklore and mentions the story of Attis – a dying earth god, who was said to have disfigured himself under a pine tree.

As a result of this act, a felled pine tree would be delivered to Cybele, the earth mother goddess every spring during the equinox. The pine tree would be presented to her enveloped in wool swaths and embellished with picturesque violets.

These were believed to have emerged from Attis’ blood.

A similar fable suggests violets once grew where the Greek hero Ajax sacrificed himself in shame over a deed of weakness.

The Tartans were said to use violets in a variety of culinary delights, one of which was a purple-tinged soup.

Monks also addressed this flower as ‘the Herb of the Trinity’ in the Middle Ages, preferring the violet to other plant species because of its sweet fragrance.

Violets were also alleged to boast antiseptic properties and were often prescribed by medieval herbalists, as many claimed they calmed pain and prevented the development of malignant tumors.

Romans were also fond of violet’s many medicinal properties and used this particular plant species to cure gout and spleen disorders.

Where did the word violet come from?

The word ‘violet’ is said to have originated from the word ‘vias’ which can be interpreted to mean ‘wayside’ – relating to where the areas where these flowers are often found.

Alternatively, the name may have found its way into the English language from the Latin term ‘viola’ or the old French ‘viole’.

Do you associate February with Violets or would you opt for a different symbolic flower?

10 Original Valentines Day Poems for Him